On Oct. 15, 2016 at approximately 3:30pm, 24-year old Richard Anthony Sepolio who allegedly drove under the influence of alcohol, crashed into a guardrail in the Coronado bridge and fell off 60 feet into Chicano Park, killing four innocent people and severely injuring nine.

In an interview with the San Diego Union Tribune, Paul Gomez, a musician with the band Generations Boulevard said the truck “hit the front end, bounced, and landed on its side.”

According to NBC Los Angeles, nine more people were severely injured, two of which suffered major trauma. The police have not released the names of the injured.

NBC San Diego said Sepolio is currently stationed in the US Navy in Coronado.

Within a few seconds of the crash he asked witnesses to contact his commander at a nearby military base, according to San Diego Union Tribune.

Sepolio is now being charged with vehicular manslaughter while intoxicated, reported NBC San Diego, under a $2 million dollar bail.

After the accident, the Interstate 5 North lanes that gave access to the bridge were closed until 11:00pm for further investigation, said San Diego Union Tribune

“By nightfall people were creating a memorial to the deaths with candles and flowers [in Chicano Park]” said the San Diego Union Tribune. 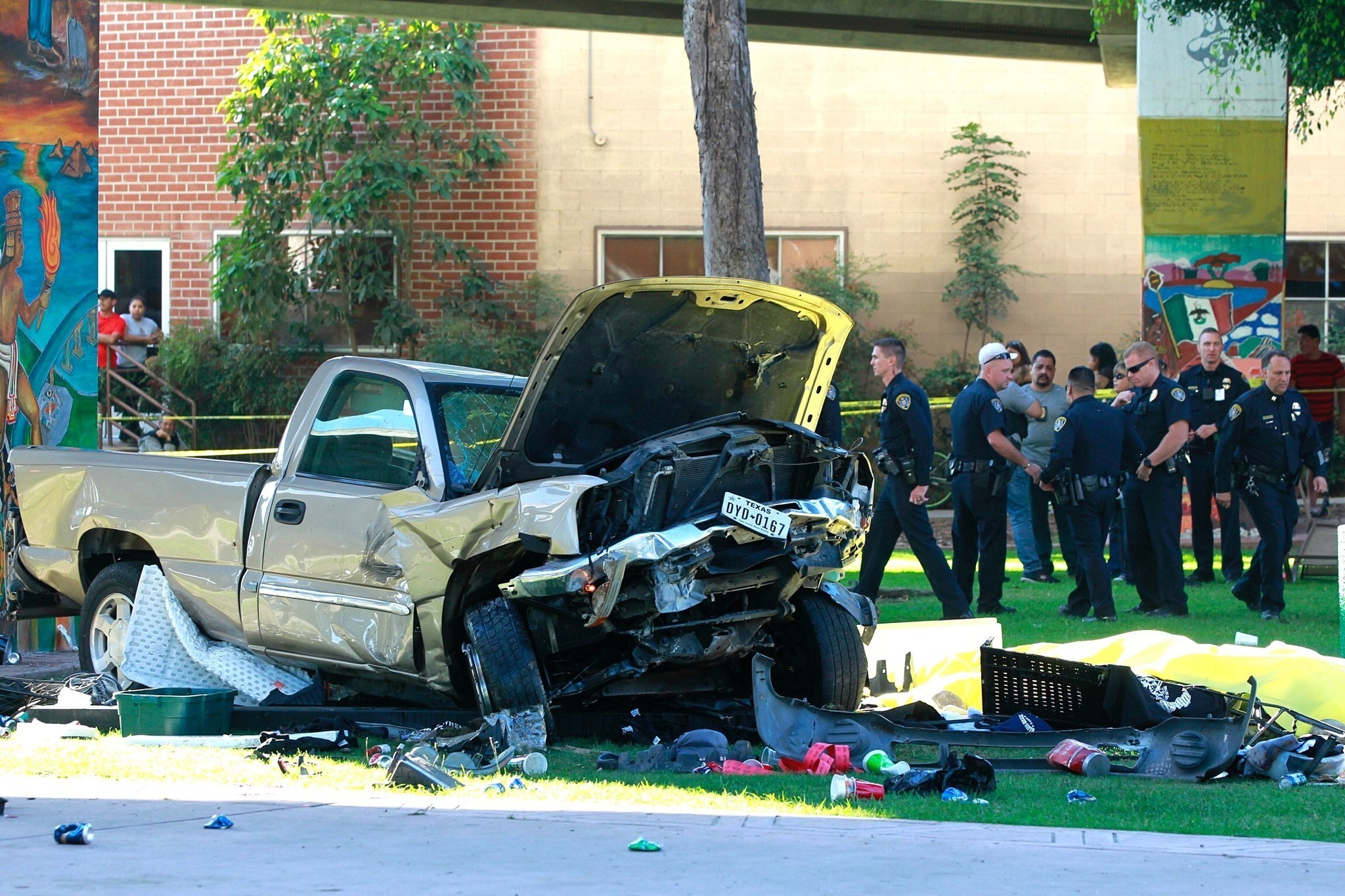