They were a typical American family, lived in a nice neighborhood, went to Disneyland, but no one ever suspected what was happening behind closed doors.

In Perris, California, parents David and Louise Turpin neglected and tortured their thirteen children everyday. The children range in ages of  2 to 29; out of the thirteen children that were seized from the home, six are minors. 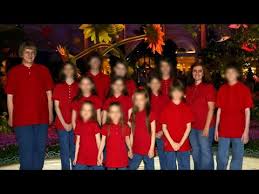 The family is still currently under investigation.

The Turpin Family lived in their Perris home since 2014, and neighbors didn’t suspect a thing.

Allegedly, the children showered once a year, ate once a day, and were chained to their beds for weeks.

According to the prosecutor, the children were punished if they washed their hands above their wrist, as well as being brutally beaten daily. There was evidence at the home that revealed the children were rarely released from the chains to use the restroom.

The parents would taunt the kids with toys and foods, buy toys but keep them in the packaging, they would buy pies and set them on the counter for the children to look at but not eat.

Before the police had arrived on the scene, one of the teenage daughters made a run for it by crawling out of a window that was left open, and calling 911 with a deactivated phone, authorities said.

It was a plan that had been in the works for the siblings for over two years.

When authorities arrived, they found some children still shacked on their beds, though the parents had unchained two children.

According to authorities, the children’s growth was stunted, so they looked younger than they really were. One of the victims is 12 years old but appears to be a 7 year old, and the 29 year old weighed only 82 pounds.

Riverside County Sheriff’s Capt. Greg Fellows said, “If you can imagine being 17 years old and appearing to be a 10-year-old, being chained to a bed, being malnourished and injuries associated with that, I would call that torture”

However, when authorities arrived to the home the mother seemed surprised to see them there.

We can only hope that justice is served and that the kids get all the help they need to get as close to a full recovery as possible. 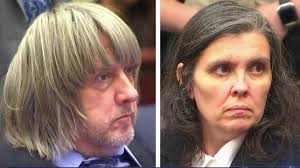